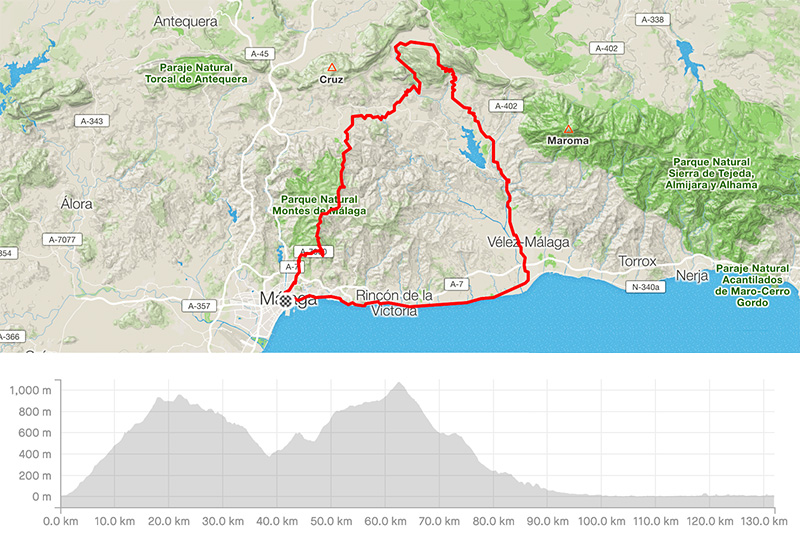 It is a route around Axarquia Region. The first part is hilly and the second one is a flat coastal road.

As always it starts in the center and following Camino de Colmenar through the A-7000 you will almost reach the summit of the National Park Montes de Malaga, especially the pass Puerto del Leon [900 m.a.s.l.]. Keep on along the restaurant Venta Galway to the town called Colmenar. Turn right to the center and follow the signs for Riogordo via the A-7204. The descent is nice, full of views but sometimes the road is not in a good condition.

When you come to Riogordo, go through it and turn left for Periana / Mondron still on the A-7204. You will climb the pass Puerto Sabar [590 m.a.s.l.] and since that point you will mostly go down. You will stay on the same road passing Mondron and Periana with the lake Viñuela on the right side, later you come to the village Puente Don Manuel. Turn right and immediately left to catch the local road A-7205 leading to Velez-Malaga and Torre del Mar.

At the beginning of Velez-Malaga enter the road A-356 to go to Torre del Mar. When you reach this city, turn right to follow the N-340 coastal road to Malaga via Rincon de la Victoria and La Cala del Moral.