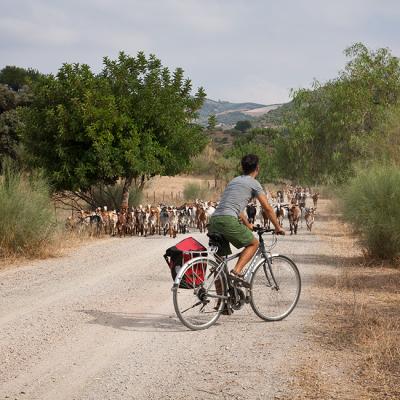 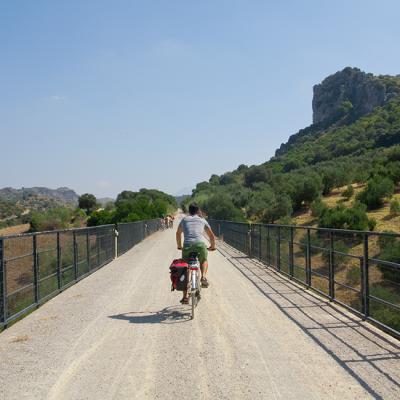 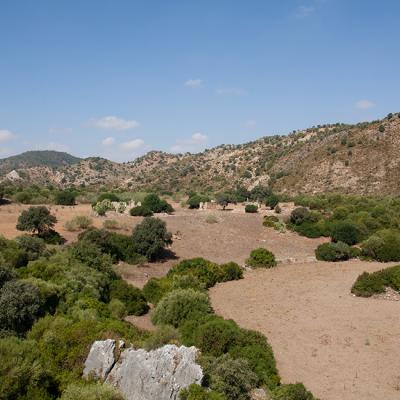 One of the most beautiful Vias Verdes is in southernmost Spain.  Voted as the best Greenway in Europe in 2009, the Via Verde de la Sierra crosses the mountains in the north of the province of Cadiz. On this 36km stretch, it goes from village of Olvera via Coripe to Puerto Serrano.

The route is spectacular and goes through some of Andalucia's most beautiful and untouched countryside. We will cycle through 30 tunnels of varying lengths (the longest is over 900m in length), across bridges and viaducts, through lush valleys, along river banks, through meadows and fields, and past some of Andalucia's most carefully protected natural monuments. One of the attractions is Peñon de Zaframagon, a point of ecological interest and home to one of the largest nesting colonies of griffon vultures in Europe. 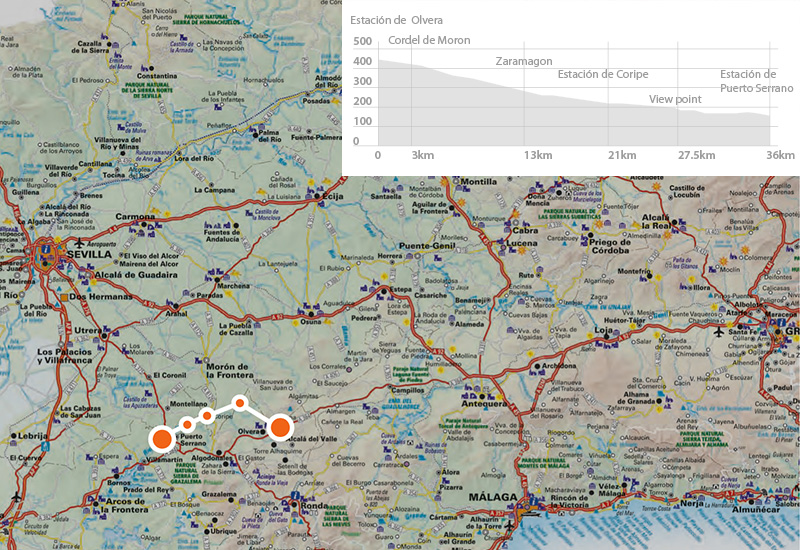 Minimum 2 persons. For groups more than 7 person, please contact us.

Vias Verdes cycling routes are quite easy to cycle on hybrid or mountain bikes. For those who want to enjoy the cycling on Greenways effortlessly, we offer comfortable electric bikes. For children (from 14 years / 140cm) we also have e-bikes and normal hybrid bikes.